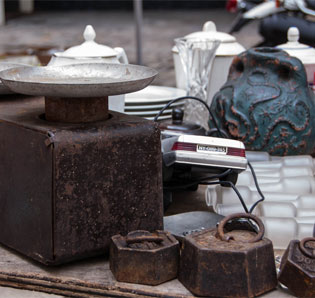 Compulsive hoarding (or pathological collecting) is a pattern of behaviour that is characterized by the excessive acquisition of and inability or unwillingness to discard large quantities of objects that cover the living areas of the home and cause significant distress or impairment Compulsive hoarding behaviour has been associated with health risks, impaired functioning, economic burden, and adverse effects on friends and family members. When clinically significant enough to impair functioning, hoarding can prevent typical uses of space so as to limit activities such as cooking, cleaning, moving through the house, and sleeping. It can also be dangerous if it puts the individual or others at risk from fire, falling, poor sanitation, and other health concerns.

Some hoarding in humans may be a form of mental illness, specifically obsessive-compulsive disorder, where the perceived importance of the hoarded items far exceeds their true value. Humans may lose the desire to throw away unneeded items because of a feeling of attachment to these items. In severe cases, houses belonging to such people may become a fire hazard (due to blocked exits and stacked papers) or a health hazard (due to vermin infestation, excreta and detritus from excessive pets, hoarded food and garbage or the risk of stacks of items collapsing on the occupants and blocking exit routes).

According to Mayo Clinic, "Hoarding isn't yet considered an official, distinct disorder," and many people who hoard don't have (other) OCD-related symptoms. In fact the term, "compulsive hoarding" is the result of older diagnostic schemes that put hoarding fully within obsessive-compulsive disorder (OCD) and may soon become obsolete. Researchers have only recently begun to study hoarding. It is not clear whether "compulsive" hoarding is a separate, isolated disorder, or rather a symptom of another condition, such as OCD. Prevalence rates have been estimated at 2-5% in adults, and is greater in older adults than younger groups, in men versus women, and is inversely related to household income. Hoarding appears to be more common in people with psychological disorders such as depression, anxiety and attention-deficit hyperactivity disorder. Other factors often associated with hoarding include alcohol dependence as well as paranoid, schizotypal, and avoidant traits. Family histories show strong positive correlations.

Addressing a Hoarding situation not only involves clean up but the recovery of all the items in the home that are still useful, valuable and sentimental. We do not enter a home and dispose of everything, we know that in reality beneath the clutter and chaos are items of importance and value that should be kept. Miller Restoration believes that hoarding is extremely serious and a personal matter.

During the cleanup process, we can package, transport and even store items while in the process of removing the unwanted items. Knowing where to start and how to get started is the first step.

What Miller Restoration Can Do:

Our main focus is on helping you regain control of your home.