Much More Than Heavy Lifting on Moving Day 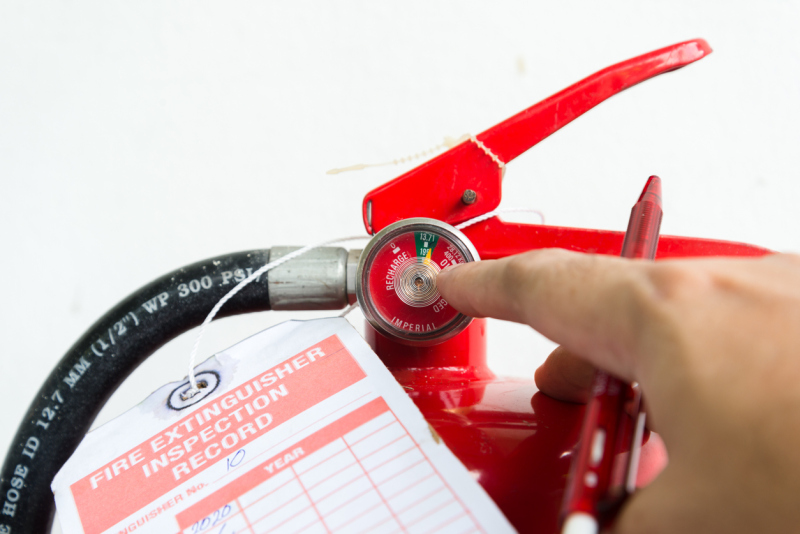 Barbecues, campfires, and holiday-weekend fireworks are all signs that summer is in full swing. A simple backyard fire is the perfect vessel for cooking smores, sharing stories, and soaking in that late-summer feeling. However, if you live in Ontario, most outdoor fires, no matter how small, are often accompanied by provincial regulations, which help municipalities and citizens reduce the number of wildfires and residential fires during peak dry seasons.

But it’s not just wildfires or outdoor bonfires that can damage your property or sense of security. According to Shayne McCool, a fire information officer for the Ministry of Natural Resources and Forestry, roughly 50% of all fires in Ontario are caused by humans. In 2018, the Ontario government reported a total of 11,046 fires, which caused numerous injuries, fatalities, and about $836.1 million dollars worth of damage to cities, homeowners, and business owners across the province.

Abiding by fire bans and practicing fire safety can help minimize the risk of not only forest fires but also residential fires. Here at Miller Restoration, we recognize how the effects of a fire can endure long after the fire has been put out. Even though we don’t fight fire on the front lines, our team has plenty of experience helping civilians restore their homes and their lives after a fire. Understanding how a fire starts, and what to do if your property is damaged, can help you increase your resilience in the face of disaster.

How does a fire start?

So, how does an innocent campfire transform into an out-of-control wildfire that can engulf homes, neighbourhoods, and entire forests? Well, a simple chemical reaction between a “fuel” (like wood) and a gas (such as oxygen), combine with heat to trigger the powerful combustion that we know as fire. Because we have learned to control fire, and integrate its uses into our daily lives, it’s easy to forget that fire can be dangerous.

According to How Stuff Works, “wood and gasoline don't spontaneously catch on fire just because they're surrounded by oxygen. For the combustion reaction to happen, you have to heat the fuel to its ignition temperature.” This means that in order for wood or material to catch fire there needs to be a heat source that can heat the wood, or fuel, to a high temperature. This heat source can come from anywhere, including matches, friction, lightning, or even from something that is already burning. In a typical wood fire, when the wood reaches about 300 degrees Fahrenheit (150 degrees Celsius), some of the cellulose materials that make up the wood will decompose and release volatile gases in the form of smoke. The leftover char, also known as charcoal, contains the leftover materials that can’t be burned, such as calcium, carbon, and potassium. Although some materials, like gasoline, only burn in a single stage, wood will burn in two separate reactions:

·       First, volatile gases are released when the fuel is heated (about 500 degrees F or 260 degrees C for wood), which causes its compound molecules break apart. The atoms that are released from the wood will react or recombine with oxygen in the atmosphere. In other words, they burn.

·       The carbon in the charcoal also combines with oxygen but the reaction is much slower.

The heat from these chemical reactions is what keeps the fire going. The light, or incandescence, that we see are produced by carbon atoms, which create visible flames. Even though most fires appear orange or red, flame colour depends on the fire’s heat source and temperature.

One source points out that the chemical reactions that produce fire are self-perpetuating, which means “the heat of the flame itself keeps the fuel at the ignition temperature, so it continues to burn as long as there is fuel and oxygen around it.” As the fire burns, the residual heat from the flames will heat the surrounding materials, which causes them to release gases and catch fire, too. Even a small fire on your stove or cooking fire in the woods can spread quickly.

If you’ve experienced an accidental house fire, you must deal with not only the repairs to your home, but also the loss of sentimental items and your sense of security within that space. Additionally, there are many hidden side-effects of a housefire, including chemical stains and water and smoke damage, which further illustrate the destructive power of fire.

Has Your Home or Business Been Damaged in a Fire?

If your home or business has been damaged by a fire, you’ll need to contact a team that can restore your space to its former state. Our team has the knowledge and tools to reverse and repair water and smoke damage, and make sure that your home and belongings are safe for you, your family, or your staff. Visit our Fire Restoration page for detailed instructions on the do’s and don’t of fire safety, and keep our number close at hand: Miller Restoration is available 24/7 to help you restore your sense of calm so that you can have a safe and happy summer!